Brislen on Tech: The fifth horseman might have wings

A major security breach this week has left governments standing toe to toe in the court of public opinion, divided over issues of security, privacy and unauthorised access to sensitive information and systems.

No, I'm not talking about China versus the world, I'm talking about Israeli spyware being used to target "activists, journalists and political leaders globally".

Amnesty International and journalists at the UK's Guardian newspaper have worked together to uncover Project Pegasus - a widespread misuse of software originally built by an Israeli firm - NSO Group - for governments to use in tracking terrorists and criminals. 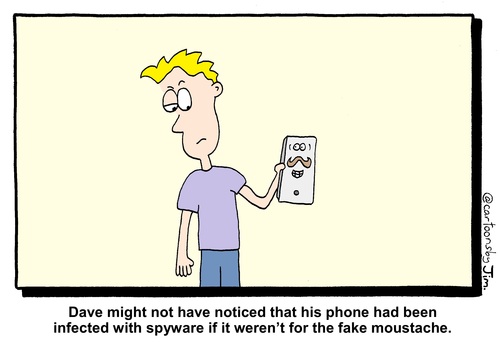 Instead, a number of countries appear to have used the software to target journalists and activists and there is a suggestion that it was used to track down and kidnap the daughter of Sheikh Mohammed bin Rashid al-Maktoum, the leader of the United Arab Emirates.

More than 50,000 cellphone numbers are included in the list and most are concentrated in countries where the leadership is less than friendly towards a free press, the right to protest and civil rights for citizens. Journalists, opposition politicians and, diplomats, security officers and business executives all appear to have their phones hacked and data made available to whoever paid for the software to be deployed. Phone numbers connected to 14 heads of state, including France's President Emmanuel Macron, Pakistan's Imran Khan and others are also said to be exposed.

And it seems even iPhone users are caught up despite Apple's efforts to ensure its phone users' data remains security.

This is a fundamental breach of civil rights on a scale that is breath-taking and should cause shockwaves throughout those nations that value privacy and the rights associated with a free society. A free press and the right to protest against decisions made by our political servants are two essential parts of life, even when the protests appear at odds with science (as in the anti-vaccine protests) or decisions that have wide-spread support (such as the response to COVID or even to climate change). While law enforcement might take a dim view of marching protests and civil disturbances, they are part and parcel of a democracy and need to be protected.

Unfortunately, the spyware business is booming and whether it's "state-level actors" trying to destabilise political adversaries or states cracking down on individuals who say mean things they don't like, it should be something that is uppermost in the minds of policy makers around the world.

The global political pendulum that has been swinging towards harmony and working cooperatively for most of my adult life has swung back the other way towards the zero sum game: if they're happy with the outcome that means we haven't won so let's make sure they're really unhappy.

While we aren't fighting openly in the streets (not everywhere at least) moving the fight to cyberspace is just as problematic if we think about how our economies are constructed these days. There isn't much we as citizens do that isn't handled online from paying for a dog licence through buying groceries to getting information on viruses and booking to get vaccinations. Breaking that model, tracking people who disagree with the political views of the day, assassinating journalists who write confronting articles - this is not the way to walk back from that precipice.

It will take a concerted effort to bring about some kind of normality if this is the behaviour some nation states get up to. It's yet another example of the digital world not being taken as seriously as it should be, and unfortunately the price appears to be one that we're all, one way or another, going to have to pay.