Griffin on Tech: Three Waters IT merger an opportunity to pursue 'Water 4.0'

Whatever you think of the merits of the Three Waters scheme to consolidate the country’s water infrastructure, it's happening and will be a massive job.

The water pipes, pumps and treatment plants used to manage drinking water, wastewater and stormwater and currently owned by 67 council-controlled water utilities, will be brought under the auspices of four new regional water services entities.

As a Wellingtonian, the regular sight of water gushing from burst pipes in the capital is a dramatic reminder of the decrepit nature of our water infrastructure.

But what of the digital pipes, the IT infrastructure those utilities currently run? Michael Lovett, the Department of Internal Affairs deputy chief executive, told Parliament's governance and administration committee that the IT costs related to Three Waters could run between $300 and $500 million.

Lovett said the cost would be “commensurate with ICT systems of a similar order”.

Discussions have already begun with software vendors. Top of the list will be finding an ERP (enterprise resource planning) platform that will be common to the four new entities. There will no doubt also be a lot of “technical debt” sitting in those water utilities, where digitisation hasn’t fully happened yet. A parallel stream of work will need to take place to shift systems to the cloud and consolidate ageing applications.

Cybersecurity will require a dedicated focus as more infrastructure becomes digitally controlled. Finding the people to work on this IT merger project will be challenging. Recruiters are already door-knocking all over the place looking for people who can work on that other little project underway, the merger of the district health boards.

I’m nervous about both the formation of Health New Zealand and Three Waters in terms of the country’s ability to absorb the impact of these major IT integration projects. It’s a great time to be involved in enterprise IT, but there’s a lot on the line for the country if these projects don’t deliver.

When it comes to water infrastructure, Three Waters, which could eventually cost the country between $120 and $185 billion, such is the scale of the infrastructure upgrades required,  does however represent an opportunity to build a water platform that will set us up well for centuries to come. 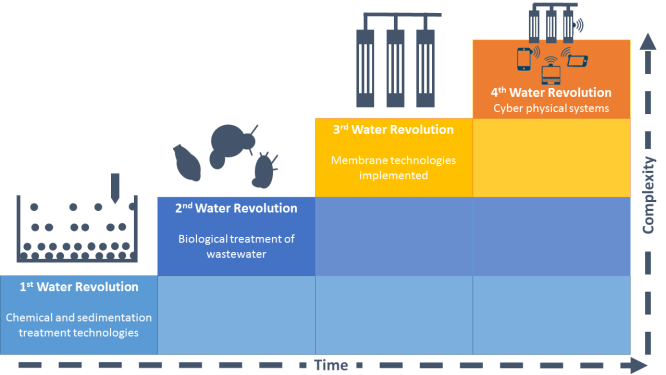 The evolution of water systems

We will need to accommodate a growing population, densification in our cities, the impacts of climate change and natural hazards. A digitally enabled water system will be able to help by helping to identify problems before they result in burst pipes.

Singapore’s water utility PUB has built a “Water 4.0” system for the city-state based on smart monitoring systems. It relies on a network of sensors throughout the water network monitoring the conditions in real-time and digital power trains, “which integrate sensor and drive data with cloud-based analytics along the entire chain of plant equipment”.

It means Singapore can better plan for extreme weather events and reduce water leakages by repairing equipment before it fails. Auckland’s water system under the banner of Watercare has already been through an amalgamation process when Auckland’s councils merged over a decade ago.

Watercare, which has also been on a digitisation journey, has had its own problems but serves as a potential model to follow. It's good to hear that Watercare’s former Chief Information Officer is involved in the IT integration for Three Waters.

A Water 4.0 approach could make our water supply more efficient, reliable and ultimately less costly to operate. The IT integration costs of Three Waters are hefty. But it’s an opportunity to digitise crucial infrastructure with an eye to our long-term needs.

I'm interested to know how you're so certain that "whatever you think of the merits of the Three Waters scheme to consolidate the country's water infrastructure, it's happening."

Isn't the Select Committee currently sitting, with submissions able to be made for another two weeks - until July 22nd?