Griffin on Tech - A tidy transition, the end of T-Box and streaming Dylan

That went surprisingly well. Despite worries of civil unrest in Washington D.C. and other large US cities, Joe Biden's inauguration went off without a hitch this week.

There were protests, but not on the scale expected. In the social media space, the Bernie Sanders meme did the rounds and people had fun with their renditions of Donald Trump's letter to the incoming president. The online counterterrorism team deployed by our own Department of Internal Affairs ahead of the inauguration to monitor online activity had seemingly little to do.

Maybe that had to do with the removal of Trump from Twitter and Facebook, denying him direct access to his millions of followers. Maybe the discussion has taken on darker tones away from public view, in private groups on Signal and Parler.

Whatever the case, a sense of calm relief seemed to engulf the US this week as Biden began signing the stack of executive orders on his desk, undoing in a few pen strokes, many of Trump's signature policies.

What will Biden do in the coming months and years about Big Tech? It isn't entirely clear on where he stands on issues such as anti-trust action, social media responsibility, net neutrality and online privacy.

The anti-trust momentum will grow as lawsuits from federal and state agencies against Google and Facebook progress but the extent to which Biden, who has plenty of Silicon Valley supporters, throws his weight behind efforts to break up the tech giants, is yet to be seen. More likely, he will focus on reform of the "Section 230" legislation that gives Facebook and other platforms protection from liability for the content they distribute.

"It is propagating falsehoods they know to be false, and we should be setting standards not unlike the Europeans are doing relative to privacy," Biden said last year. Whatever the case, with the Capitol riot and the online activity that helped incite it still fresh in the minds of the politicians who lived through it, Democrat-led action on many of these matters is likely to kick off in earnest soon. 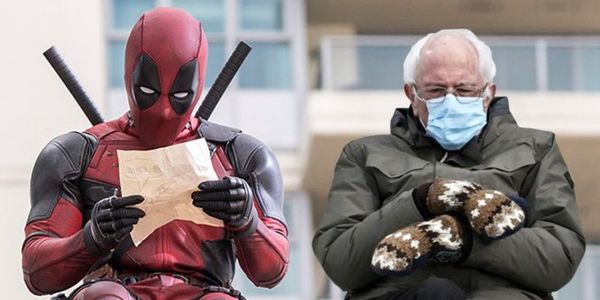 Vodafone will, in a few months, ditch the TBox cable TV service for its 6,500 customers in Wellington and Christchurch, replacing it with Vodafone TV. In a way, it's the end of an era.

When Kiwi Cable began laying hybrid fibre cables on the Kapiti Coast in the late 1990s, it was the start of an audacious plan to replicate the cable TV services on offer in the US.

The small company laid hybrid fibre-coaxial cables around Kapiti and later in parts of Wellington with a view to offering a pay-TV alternative to Sky TV before running out of funding. The venture morphed into Saturn, then TelstraSaturn under the leadership of gung-ho CEO Jack Matthews.

Telecom still dominated the home broadband market with dial-up and early digital subscriber line (DSL) connections with Clear Communications and a handful of tiny players nibbling at the edges. So the prospect of a rival offering pay-TV and internet services over the same connection was a compelling one.

TelstraSaturn pushed on with the same grand plan, winning the right to run overhead cables in certain suburbs where it was too expensive to go underground and as the company became TelstraClear, it expanded the cable network to Christchurch.

But the dream of building out a state-of-the-art cable network to rival the copper line network controlled by Telecom wasn't to be realised. In 2002, I broke the story on the front page of the New Zealand Herald about TelstraClear ditching its plans to go into the satellite TV market. That would have given it national coverage and the ability to offer a bundled service in opposition to Telecom and Sky TV.

It was the start of the winding back of ambitions for a second national "triple play" challenger in the market offering broadband, phone and pay-TV services on an alternative network. It would be nearly a decade before the unbundling of the local loop and the emergence of the plan to build the ultrafast broadband network, which required billions of taxpayer dollars in investment. Those moves led to the highly competitive telco market we have today.

With its acquisition of TelstraClear, Vodafone retained the cable network and the T-Box service, which still retains technical elements dating back around 20 years. Moving customers to Vodafone TV makes sense. It's a great service - I recently ditched my Sky decoder in favour of the small Vodafone TV box because the user interface and remote control are better and I can remove a big box from my TV cabinet and the Sky dish from my roof.

Vodafone says most customers will be able to install the free Vodafone TV box themselves, which I think is a realistic claim, having done so recently. It will send around a technician for those who run into trouble.

2021 started with news that musicians from Bob Dylan to the members of Fleetwood Mac had sold their song publishing rights, in Dylan's case, for an estimated US$300 million.

Why would these legendary artists cut off the ability to keep earning royalties from their music for years to come? Yes, many of them are now in their seventies and in need of a retirement windfall. With Covid seeing concerts cancelled everywhere, a lucrative income source has also dried up, at least temporarily.

But a key reason cited is that digital streaming, now the main way in which people consume music, isn't particularly lucrative for artists. While companies buying up the publishing rights clearly see opportunities to profit from them, that's more likely to involve licensing music for advertising and film and TV as well as vinyl box set sales.

Recording artists are asking for a more equitable share of streaming music revenue in submissions to the British parliament's Digital, Culture, Media and Sport (DCMS) committee which is undertaking an inquiry into the economics of music streaming.

The submissions reveal the root of the problem - the vastly complex nature of music publishing and rights and the lack of transparency into the economic workings of digital streaming platforms like Youtube, Spotify and Apple Music.

Watching from the sidelines, eighties electronic music pioneer Gary Numan revealed his own streaming finances - for one of his popular songs which was streamed one million times, he received the princely sum of 37 pounds.

The Broken Record campaign, which is representing artists during the hearings, claims that artists receive around 16 per cent of the total income from streams. Recording companies get around 41 per cent and streaming services around 29 per cent. They want a bigger share for artists.

Streaming platforms and record labels, for their part, say they are investing heavily in promoting digital music, which led to an eight per cent rise in the number of albums, or album equivalents, streamed or sold last year in the UK alone.

That doesn't mean much to artists who are only racking up hundreds of thousands of streams - they'll never make a living form streaming revenue. The answer may be to borrow the more generous models from the use of music by radio stations. But that will face fierce resistance from the digital platform.

Streaming has become my go-to way of accessing music - I even threw out all of my CDs years ago. It is fantastic getting access to tens of millions of tracks for 15 bucks a month. But clearly, there are structural issues in the music industry that need addressing.

The written submissions to the UK Parliament reveal the complexity of the issue. Britain's parliamentarians now have the chance to propose more equitable and sustainable ways to keep the music alive.