Facing up to the challenge: Facebook launches new moderating processes

Facebook has announced a raft of changes to the way it moderates and manages content in the hopes of either stopping another extremist group getting organised and sharing materials via Facebook or in the hopes of stopping further scrutiny of Facebook's modus operandi and calls for further regulation of the industry.

I hope for the former, but I suspect this is the latter - a PR exercise because clearly this is a PR issue.

Facebook is introducing a "supreme court" model where a group of supposedly impartial experts will weigh in on whether Facebook was right to block or not block material when asked to. This panel will number between 11 and 40 when it's fully operational and will have veto rights that even founder Mark Zuckerberg can't ignore, apparently.

But what is worrying is that there's no clear sign of how this panel will operate, what rules it will look to, what inputs those involved will have into the process and given that Facebook expects it to hear only "dozens" of cases a year, not much is really going to change at the coal face as a result.

Facebook needs to take a closer look at its moderation policies, at how those policies are applied globally and how best to support users in different jurisdictions who are facing extremist content, bullying, fake news, anti-science or anti-policy attacks and the ever present threat of interference in political processes within certain jurisdictions - the US, UK and Myanmar most loudly but others as well. With the New Zealand election coming up soon I'd like to know how Facebook intends to abide by the Electoral Act and make sure that spending limits are managed and that action can be taken in a timely fashion.

I guess that's what worries me most about this new model - the time it will take to get through to a resolution. Forget taking down a video of a live shooting as it happens - Facebook's new process will take months before the panel even hears about the content, let alone makes a decision.

Meanwhile, the algorithm will continue to drive users towards more extreme content (although the new "refer a nazi" programme is hopefully going to help with that somewhat) and the appalling state of play around Facebook Live is that instead of moderating the feeds, Facebook will turn to UK and US military and police forces to use real-life body camera footage to better train its systems to spot violent activity.

That seems to me to be quite literally the worst way to try to manage this. 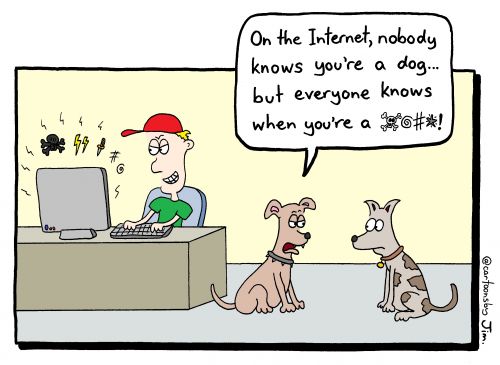 Which service do you require?

Having had cause to dial 111 for an ambulance in the last week I am acutely aware of the changing nature of the service we turn to when all else fails.

More than 75% of all emergency calls now come from a mobile device. The era of the landline call, with its associated address and location being hardwired in, has passed and now the first couple of questions on any call are all about where you are and confirming the number you're calling from.

This can be rather vexing to the uninitiated but it's essential because without that information, help isn't coming to a location near you any time soon.

The good news is, the new world of mobile telecommunications means no more running through the bush looking for a neighbour's house so you can call for help when someone rolls a quadbike (or whatever tended to happen in the old days - I'm a tad hazy on that at the moment). Instead, you can call from the phone you carry with you because it's also your diary and your note pad and there's probably an app that's helping you do your job or at least some music to keep you entertained.

All that assumes there's coverage, of course, and so the Commerce Commission is having a look at the emergency calling regime to make sure that the most vulnerable and most at-risk members of our community have access to these services now that landlines, phone boxes and the like are disappearing from our neighbourhood.

Of course, one of the key issues will be equity of access. How do we make sure people can make those important calls even if they haven't paid their bill. Is there any regulatory change needed to ensure everyone can call when they need to?

We're moving to a world where telecommunications is an essential part of life not a nice-to-have add-on, so how do we manage that kind of environment?

These are important questions and are a large part of why rural broadband and mobile blackspot coverage issues continue to remain high on lists of Things that Need Sorting Out.

It's also why when the tin foil hat brigade get stuck in about EMF they're really missing the trick. I am positive that cellphones have saved more lives than they've taken, that being able to call for an ambulance outweighs anyone's need to believe in electro-fog and their right to be free from a danger they read about on Facebook.

Scientific America - 5G Is Coming: How Worried Should We Be about the Health Risks?

Short blog today because of the aforementioned ambulance call but not to worry - everything's working out OK. Cracked ribs are no fun, especially when they're attached to one of your kids, but she's coming right and should be home in a few days. My heartfelt thanks to James and Ash from St John's Ambulance who were excellent, to all the staff at Auckland Hospital (especially the pain team) and of course to the 111 emergency operator who talked an overly caffeinated father through the process. More power to you all.