So much going on this week! An updated Immigration shortage list went live this week marking a larger role for ITP in immigration qualifications assessment, ITP is co-leading a scheduled review for all sub-degree IT qualifications in New Zealand, we've been involved in looking at how to make the All-of-Government Consultancy Panel better, our team has run an awesome 123Tech campaign over the last couple of weeks with TechWeek, branch and board nominations close today and we're calling for presentations for ITx Rutherford - coming up in October!

And that's just the headline items.

However it's not all good news. I was very sad to hear of the passing of ITP Tauranga Branch Chair and local tech personality Nelson Tkatch last week.

Recently the updated Long Term Skills Shortage List (LTSSL) was released by Immigration New Zealand, with an expanded role for ITP in evaluating overseas IT qualifications.

The list, released a couple of weeks ago and taking effect from this week, outlines the occupations in long-term shortage in New Zealand and the qualifications and experience needed to gain Immigration recognition of the skills necessary to fulfill these roles.

Those who have the skills needed in New Zealand have an easier pathway to moving and working here and it won't surprise many to learn that a significant number of IT roles are on the list. What you might not know is ITP's role in recognising their overseas qualifications and other learning.

For the last 15 months, potential immigrants have had the option of undertaking a Qualifications Assessment from ITP and if the combination of a degree plus other learning meets the expected education requirements of Chartered IT Professional NZ (CITPNZ), gaining recognition by Immigration NZ as meeting the LTSSL needs.

Previously ITP just dealt with those who didn't have a directly equivalent degree to that in New Zealand. Those who had (for example) a Computer Science degree gained overseas but largely similar to a New Zealand Computer Science Degree would gain recognition from NZQA instead. ITP assessed those who (for example) had a Maths Degree but had then undergone additional learning (including qualifications, industry certification, on-the-job training etc) that clearly met the same outcomes you'd expect from an IT-related degree.

However with the release of the updated requirements, from this week onwards all those coming from overseas will now go through the ITP assessment process to assess the content of their qualifications and learning and its comparability to a New Zealand IT degree. So rather than a handful of assessments a week, we're expecting this to eventually move to 50-100 per week and have made operational adjustments to support this volume.

We've also been working with Immigration NZ for some time to create a pathway for those with the skills we need in New Zealand, but no degree.

The upshot of all of this is it will now be a little easier for those who clearly have the skills in areas of high demand in NZ, while also ensuring a closer match between actual skills and New Zealand's needs - a win/win enabling our industry to grow while also ensuring only those who genuinely have the skills in demand can come here via the Skilled Migrant pathway. A great outcome for our sector. 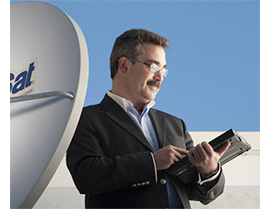 Nelson was a strong and passionate supporter of ITP and especially Chartered IT Professional NZ and professional practice in general. It's fair to say that he held strong views about these and wasn't afraid to share them, and I enjoyed many phone and lunch conversations with Nelson about ITP and where it was heading.

I've heard many stories in the last few days about how he warmly welcomed many in the industry in Tauranga and the extra lengths he went to to support especially those new to the sector.

Nelson will be strongly missed. There is a service for him at 2pm today at Olive Tree Cottage, Joyce Road, Pyes Pa, Tauranga. ITP President Mike Dennehy and I will be in attendance along with a large group from our local branch.

There's a nice writeup on Nelson on Sunlive.

IT sub-degree qualifications being reviewed

A scheduled review of 14 IT and Computing qualifications listed in May 2015 is planned for later this year.  We're seeking any pre-review feedback on any aspect of the qualifications, along with inviting your expression of interest to be involved in expert working groups to undertake the review.

A Steering Group will be convened to provide the strategic oversight of the review, to consider issues that are relevant to the entire suite, and to provide guidance to the working groups.

We will be convening expert working groups in July to review the 14 qualifications listed in May 2015 (excludes the two new qualifications in Cybersecurity and Software testing developed in November 2018).  We are proposing four working group review panels:

If you or someone you know would be interested in being involved in one or more of these expert panels, please complete the application/nomination form and send it to ictquals.review@nzqa.govt.nz by 18 June 2019.

Recently ITP was invited to represent the IT industry, and especially IT Consultants, in a workshop providing feedback on Tranche 1 and 2 of the All-of-Government Consultancy Panel. This includes Business Services, which has a strong crossover with a number of IT professional roles.

The internal review was as a result of us taking concerns to MBIE late last year regarding the Panels and, for example, the irregular nature of their updates causing an artificial barrier for competent consultants to do work with Government.

I attended the workshop and was very pleasantly surprised at the genuine engagement from the MBIE team overseeing the panel. It was a relatively small group providing input, which enabled us to go into a fair amount of detail in various areas. A number of Government agencies were also in attendance offering their feedback from the purchaser side and having both the Industry and Government in the room was really beneficial.

Collectively we identified a number of areas where this Panel could be improved. The conversation started with talk about whether the number of providers on the Panel should be reduced to make it easier to manage from the purchaser end. Our general philosophy with panels is that they should provide a pre-qualification only - I.e. they should accept anyone who meets the base criteria and be open rather than closed panels, ensuring minimal lock-out.

It became clear that a large part of the reason of considering reducing numbers was the difficulty by which purchasers could find providers with specific expertise. Access to the Directory is restricted within each Agency and its not searchable. These are areas MBIE is now looking to address.

There was also considerable discussion about what the Panel should look like in future, both from a technology standpoint and a strategic perspective. Run well, these panels make it far easier for small consultancies (and individual IT Consultants).

As mentioned previously, ITP have a significant campaign over TechWeek to engage with teachers around the industry's Tahi Rua Toru Tech Challenge, the in-school technology challenge for groups of 3-4 students from years 1-13.

Following attendance at a range of teacher events and conferences, in-school presentations across NZ, teacher and school magazine promotions and other activities, we're pleased to see hundreds of new teachers sign up to the Challenge over the last couple of weeks, with more on the way.

ITP is sending a follow-up info pack to every school in New Zealand in the next few weeks and is loving the engagement and support 123Tech is getting from teachers across New Zealand.

Want to help? We're always on the lookout for passionate tech people to support their local school mentoring teams of students. And if your local school isn't running 123Tech currently, tell them about it! It's a great programme and provides lots of resources for teachers.

If you're interested in making a difference to your local industry, get involved! But you'll need to be quick - nominations close at 5pm today. Details here

And lastly, just a reminder about the Call for Presentations for ITx Rutherford in October. Are you keen to speak at our industry's premiere tech and innovation event? More info here

And if your company is interested in supporting ITx Rutherford, check out the Sponsorship Prospectus [PDF].