Yes the robots are coming, but we’re not going to be ready 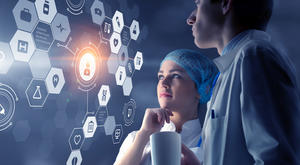 The robots are coming for our jobs. Or rather, they are changing the future of work, along with AI and other technology changes. Our education system needs a strong focus on technology and related areas to turn this threat into a massive opportunity.

That's why the tech industry has worked so closely with the Ministry of Education around digital tech education in schools over the last few years - a strong and genuine partnership that has helped ensure the next generation is ready.

But sadly, New Zealand is going to be less prepared for the future of work than ever, thanks to the approach taken by Government and the Tertiary Education Commission around tertiary education reform over the last few months.

Frankly, we've lost all confidence in the process and it's time to speak out.

As an industry, we generally work really well with Government. For our part, ITP has strong and positive industry/govt relationships with NZQA and the Ministry of Education, the Ministry of Business, Innovation and Employment (MBIE), GCDO and wider Department of Internal Affairs, Dept of PM and Cabinet and many other agencies.

We don't always agree, but do enjoy frank exchange of views; most issues that come up are dealt with quickly and easily. However sometimes a very serious issue is raised and not addressed and we have a responsibility to our community to speak out.

This is one of those times.

The tech industry, alongside others such as Engineering, the Creative sector and others, have been working really hard to try to get a good outcome in the industry-aligned part of the Review of Vocational Education (RoVE) which is happening currently.

This is a massive review - basically changing the shape of the vocational education sector for a generation. This has a significant impact on our industry, but also greatly impacts New Zealand as a whole. And how it's structured is absolutely crucial.

We've been working on the Workforce Development Councils (WDCs) primarily - the 6 new quasi-Governmental bureaucracies being established to work with industry on future skill needs, then shape the education system to meet those needs via skills and qualifications.

The process of figuring out the coverage and makeup of these WDCs started well, with promises of the process being industry-led and responsive to industry needs. And Tech and other industries were completely united with input and feedback.

But then things started to head south.

Why do we care?

Our industries came together because there is so much at stake. It's not just that the makeup of these WDCs has such an impact on our industry - it does. But just as importantly, these reforms significantly impact New Zealand's preparedness for the changing nature of work across the board, driven by technology change.

So many in our sectors invested significant time and energy in figuring out what would work for our industries, and New Zealand as a whole, to best capture the opportunities the changing face of work created. And these are people who know their stuff.

And our industry really is united on this. For example, when we wrote to Education Minister Hon Chris Hipkins to raise concerns about the process, the letter was co-signed by the heads of every significant tech and engineering body: ITP, NZTech, NZRise, EngineeringNZ, EEA, Agritech NZ, BIOTech NZ, TechWomen, WaterNZ, ACE NZ, IPWEA NZ, FinTechNZ, AI Forum NZ, Canterbury Tech, and provider bodies CITRENZ and QTI.

Lots of acronyms. I would say what they all are, except it'd take up too much space. Which is kinda the point. Our industries don't always see eye to eye, but on this we're united.

A plethora of proposals

First, the idea of a "Core WDC" was put to TEC. This would be a WDC focusing on core skills that sit across all disciplines, especially in the context of the Future of Work. Skills like IT, foundational engineering, business and entrepreneurship and more. The WDC would focus on the underlying industries, but have a big role in helping every other WDC come to terms with the technology impact in their industries and the other core areas.

This was turned down, because the makeup of these skills councils could apparently only be based on TEC's definition of "industries", and some of these areas were across more than one of them. Which is the point of course.

It didn't matter that in a lot of areas like tech and business, people practice in the context of all industries. In short, TEC were trying to use the "ANZSIC" industry classification codes to define things, and even though these codes are outdated and very blunt, anything that didn't fit neatly into their model couldn't be considered, regardless of what's happening in the real world.

So with this one decision by Wellington bureaucrats, we think New Zealand will lose the opportunity for a clear, coherent joined-up approach to the impact of technology on the future of work across our entire vocational education system, during the largest educational shakeup of our time.

Just stop for a second and read that again. Let it sink in.

But wait, wasn't this intended to be an industry-led process? The fact that this approach was widely supported by industry didn't matter either, apparently.

So, these industries went back to the drawing board and submitted two alternative proposals - a tech-focused WDC, or a wider WDC focused on STEM - Science, Technology, Engineering and Mathematics.

Again, the rationale was simple: this is an area with a massive impact on the future of vocational employment across many industries. So let's set up a future-focused WDC to ensure New Zealand's vocational education system was ready for it.

But no, this couldn't be supported either.

Tech was too small, which is incredible since it's New Zealand's 3rd biggest export earner and underpins most other industries. And we couldn't have a broader focus alongside Engineering without including a random bunch of other "industries". It didn't matter that these industries didn't have the same future focus, impact on NZ as a whole, learning complexity or structure or anything else that provided commonality - all "industries" had been neatly chopped up between 6 WDCs and that's all there was to it.

The Wellington bureaucrats had spoken again.

In many respects, Tech was somewhat fortunate - at least we were part of these earlier conversations. As frustrating as the inadequate consultation process was, and as much as the officials haven't listened to industry, others such as the Creative industries that bring us movies such as Avatar and LOTR, games, design and so much more, weren't even included in the conversation!

Next, our industries put yet another proposal to TEC to create a good future-focused WDC that fitted more with their model, focused on the future of work still, and based around Business, IT and Creative.

We were clear on what would work - bring these together because they have a similar structure and future focus and let them get on with it.

But no. The decision was to keep Business out (even though the heads of the country's polytechnic business schools and IT schools unanimously supported Business and IT being aligned), and include hairdressing, beauty, sports and recreation in this grouping.

Now these are mighty fine industries. But they have their own challenges and a completely different focus and structure than tech, business and the creative industries. Their challenges are as unlikely to be met by bundling us all together as those of Tech.

What about the future of work?

So because of decisions that were made throughout, seemingly ignoring industry's clearly stated needs and that of New Zealand as a whole as it comes to technology, we've ended up with a mish-mash of "industries" shoved together with very little commonality of purpose, direction, structure or focus.

And again, no WDC with a strong and unwavering focus on the future of work and the impact that the technology revolution will have on it.

The bureaucrats will say that all of the different areas have a focus on this, but that's simply not correct. Setting up 6 mini-bureaucracies without a joined-up focus, and bundling industries like tech and hairdressing together, will not achieve a good outcome for anyone.

Make no mistake, jobs are changing. The future of work is actually the "now" of work. The robots are coming. As an industry, we know this. The Productivity Commission knows this - they've reported on it regularly. New Zealand knows this - it's not up for debate.

And Technology education is crucial to these changes, as are business and entrepreneurial skills, creative thinking and more. And our education system needs to adapt to make sure NZ is ready, which is part of the reason for these major changes in the first place.

The reality is, the needs of the industries that these reforms were meant to support have been ignored in favour of models and classification codes. The big picture has been lost in the bureaucracy, a focal point for the future of work has been scrapped, and New Zealand will be worse off because of it.

We're seeking an urgent meeting with Education Minister Hon Chris Hipkins and hope he will intervene and make it right. We'll keep you informed as things progress.

Paul Matthews is Chief executive of IT Professionals New Zealand, the professional body for those working in Tech.