Next Article » « Back to Conferences

We're excited that Seeby Woodhouse has joined the stellar lineup of keynotes for ITx Rutherford. Seeby initially rose to fame as he built Orcon, one of New Zealand's largest and most innovative ISPs, sold to Kordia for $24 Million in 2007. The next few years were a blur of Ferraris, mansions and partying around the world with both good times and bad, before founding business-based ISP Voyager.

Also, industry's role in the current big polytechnic shakeup, a huge congrats to RedShield on their $14M capital raise, talking Apple on RNZ's Nine to Noon, plus a reminder of consultation on New Zealand's proposed updated computing and IT qualifications.

We're really excited to announce that Seeby Woodhouse has joined the ITx Rutherford lineup, taking the closing slot on Friday: 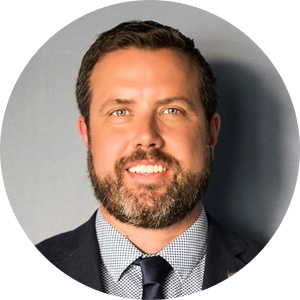 Seeby Woodhouse initially rose to fame as he built Orcon, one of New Zealand's largest and most innovative ISPs, sold to Kordia for $24 Million in 2007.

The entrepreneur who famously lived on Weetbix and baked beans while he built Orcon suddenly had millions in the bank and a heap of spare time on his hands.

The next few years were a blur of Ferraris, mansions and partying around the world with both good times and bad, before founding business-based ISP Voyager. However the lifestyle took its toll and it wasn't until he spent a year travelling with life coach Tony Robbins and spent time with Guru Singh in India that he really found inner peace and balance.

In this talk Seeby will share his perspective on growing a business to national prominence from scratch - how he did it, what he learnt along the way, and how he'd do it if he was starting out again now. And more importantly, how to find the energy and happiness from within to really take on life

Seeby joins a number of other keynotes across the conference days including:

These keynotes will join a huge 84 other speakers at ITx Rutherford on a massive range of topics.

Andy will be talking security at ITx Rutherford along with Kirk Jackson from his team, as they recreate some of the major hacks of the last decade and ask: what have we learnt?

As many will know, the vocational education end of the tertiary sector is in the midst of a massive shakeup, called the Review of Vocational Education (RoVE).

This includes a whole new structure - moving the existing 16 Polytechnics and Institutes of Technology into a single entity, redefining the industry engagement component, moving workplace-based learning from Industry Training Organisations (ITOs) to the new mega-polytechnic, and reorganising how funding works in the sector.

It was very apparent to TEC that Computing/IT is different from most of the other areas in the room, given our strong focus on degree-level delivery in the Institute of Technology and Polytechnic space, alongside sub-degree delivery. Most other areas focus only on the sub-degree space, and the proposal is very weak on what will happen with degree provision - in fact the answer to that question was pretty vague.

Given a third of students with degrees in Computing/IT come through the polytechnic sector and a whole heap at sub-degree level as well, we're absolutely committed to ensuring that the final form of the new structure works for our industry - it would be easy for the above, and other factors that are different for our space, to get lost in the noise.

We're in direct dialog with TEC and the Ministry of Education and the RoVE changes will be a key feature of the CITRENZ conference at ITx 2019 next month.

On this week's RNZ New Technology slot with Kathryn Ryan I discussed the broad range of Apple updates (and why the new "Sign in with Apple" is so much more secure than other options), plus the changes Facebook have made around extremist content and whether it'll really make a difference.

You can listen to the podcast here.