Kiwis have become enthusiastic users of Internet of Things devices such as smart speakers and connected appliances but remained concerned about where their data goes and how it is used.

Massey University researchers revealed the results of a large independent study of IoT device users at NetHui this week. The representative survey of 930 Kiwis found that 397 owned one or more IoT device at home.

Around one in ten households had IoT devices according to the survey. But 70 per cent of users signalled their concerns about the privacy implications of IoT devices, many of which have built-in microphones and cameras and which are often integrated into the digital assistant platforms run by Apple, Amazon and Google.

As well as the survey, the researchers undertook 12 in-depth interviews with IoT device owners, painting a picture of users who valued the functionality of internet-connected gadgets in their homes, but were concerned about the potential for data gathered via their devices to be passed onto third parties and used to target advertising at them. 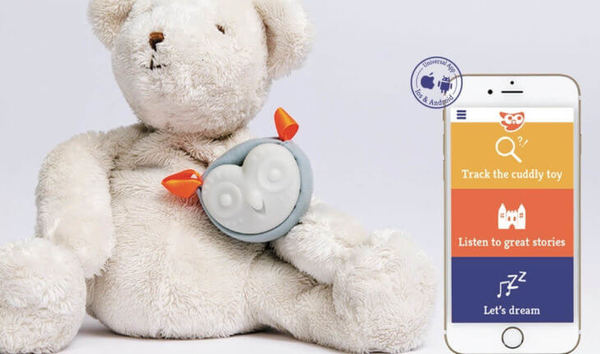 Even teddy bears are internet-connected these days.

"Surveillance by the state was nowhere near as significant a concern, but several respondents noted that this might change in the future," said Massey University's Dr Erika Pearson, who co-authored the study with her colleague Dr Esther Jaspers.

"We also identified some emerging issues. Firstly, there was a growing question as to where the privacy would soon become a privilege to be paid for. This was tied to concern around scope creep," added Pearson.

The tension in trade-offs between protecting data and allowing IoT devices to gather enough to be useful could lead to "privacy fatigue", the researchers said. Some users might give in to requests for access to data thinking that they are necessary for IoT devices to be of use.

"That may fuel concepts of privacy as a privilege or that privacy is dead," says Esther Jaspers.

"Overall, we need to more clearly understand the privacy impacts of third party use that may not be clear at the point of disclosure. We need to pay more attention to enabling ongoing control of personal data in the trade-off for functionality," she says.

The researchers also recommend paying more attention to groups such as the elderly, children and those who use the devices for accessibility, such as those with loss of sight or other disabilities.

The study, funded by the Office of the Privacy Commissioner, revealed that consumer IoT device users were typically younger, male, better educated and higher earners than non-users.

New Zealand has no specific regulations or code of practice in place governing IoT devices. However, the Australian Government has developed a voluntary code in an attempt to get device makers to focus on security and data privacy to a greater degree as studies reveal that many devices, including connected toys and appliances have security vulnerabilities.