The man behind 'R' - Ross Ihaka and his number-crunching software

When it comes to Kiwis who have had influence in the tech world beyond our shores, it's hard to go past the duo behind the 'R' statistical programming language.

R is used by millions of people all over the world every day for data analysis, data mining and solving statistical problems.

It was created in 1993 at the University of Auckland by Ross Ihaka and Robert Gentleman, written in C, Fortran and R itself. Since it was officially released as an open-source software project in 1997 its use has enjoyed strong support over successive decades. It was last year ranked 11th in the Tiobe Index, the influential ranking of the world's most popular programming languages - (Pyton, C, Java and C++ top that list).

Integral to the success of R has been its availability for no charge under a free software licence.

"We did briefly think about making commercial software and we thought we might be successful enough to sell 10 copies, [but] who the heck cares about that. So we went the free software route and just let it spread itself basically," Ihaka told Maori TV, who last week ran a profile on the statistician and software developer who has Māori heritage (Ngāti Kahungunu, Rangitāne).

Ihaka has no idea exactly how many people are currently using R. The TIOBE index is one indication of its popularity. But its use in everything from pharmaceutical development to financial trading and cloud computing platforms means this relatively obscure programming language touches the lives of hundreds of millions of people.

"You'll find that there are people who have written [R] programmes to solve Sudoku," Ihaka tells Maori TV.

"There are all sorts of applications that you wouldn't have expected, and that's one measure of success for a programming language: If it gets used for things you didn't in your wildest dreams expect, then it's been a success," he adds. 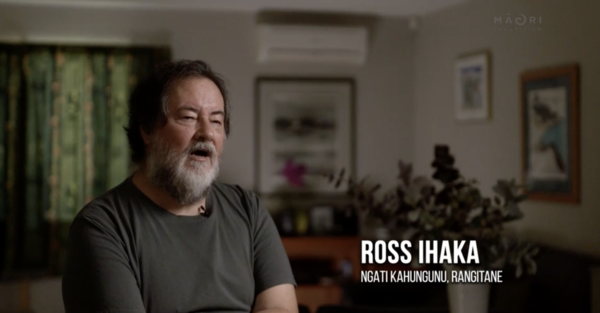 While Ihaka undertook his PhD at the University of California at Berkeley in the 1980s, a pivotal time for computer science advances, he's kept a lower profile that fellow students, such as Sun Microsystems founder Bill Joy and former Google chief executive Eric Schmidt.

The Maori TV interview also reveals the "cultural disconnect" he felt while growing up and struggling to connect to his Māori heritage.

"My father was one of a generation who weren't allowed to speak Māori, and in fact, his grandfather would beat him if he ever caught him speaking Māori. So we lost a certain amount at that point," he says.

Bill Joy, who went on to found the computer company Sun Microsystems and was touted as the 'Edison of the Internet' by Fortune Magazine in 1999. Another was Eric Schmidt, who later became the chief executive of Google. Ihaka has won many awards for his work on R, including the Royal Society of New Zealand's Pickering Medal, and the Statistical Computing and Graphics Award from the American Statistical Association.

Robert Gentleman, a Canadian by birth who did a stint at the Univerity of Auckland in the 1990s, was a senior executive at genetics testing company 23andMe and now serves as executive director of the Harvard Medical School.

A number of New Zealand academics, including the University of Auckland biostatistician Professor Thomas Lumley, remain involved in R's development. Ihaka retired from the university in 2017 but remains involved in the R Core team.

You can watch the full Maori TV interview with Ross Ihaka here.