Another year of living in the shadow of Covid saw us working and playing in the digital world to a greater degree than ever before.

Even a global computer-chip shortage couldn't halt the flood of shiny new gadgets. Here are 10 of the best that I was able to lay my hands on in 2021.

This is the ultimate kitchen companion, a screen mounted to a powerful speaker that will read you recipes or let you hold a video call while you're
cooking dinner. The Show's novel feature is that it moves with you, tracking you to make sure you can see the 10-inch screen at all times. There are 50,000 voice-guided recipes, and if you forget a step, just ask: "Alexa, how much milk for this step?"

It will play Amazon Prime, Netflix and YouTube clips as well as stream music and radio stations, with the speaker delivering great sound quality for its size. Use the Alexa app to get a view inside your home when you are away using the Show's camera. Show acts as a communications hub, allowing you to control a range of compatible smart home devices. A huge amount of functionality for the price. Video games have helped a lot of Kiwis escape the monotony and stress of the pandemic. Games played on the smartphone are now the most popular category, much bigger than PC and video console gaming. But the confines of a smartphone screen and the lack of buttons can be frustrating. A great
alternative is the Nintendo Switch, a handheld gaming device that taps into the vast archive of Nintendo games. The new version has a larger, 7-inch screen, and a sturdy kickstand so you can prop it up for maximum comfort. You can pop off the Joy Con controllers on either side of the screen, which means you don't have to sit hunched over the device. The vibrant new screen is a great upgrade, too. Hours of fun to be had here for adults and kids alike. The Frame is the best option for those who want a TV for occasional viewing, but don't want a big black screen dominating the room. Although it comes with a slimline stand, Samsung's frame is really designed to be wall-mounted where, with its picture frame trim, is easily mistaken for a piece of art. A thin fibre-optic cable connects the screen to the brains of the TV that are discreetly packed away in a separate box.

The Frame's 4K, high-resolution screen by no means offers the best cinematic experience among Samsung's 2021 TV line-up. But it's real selling point is art mode, allowing you to load up your favourite artworks or choose from Samsung's library. A true innovation in TV design that just gets better every year. Smartphones underwent tiny evolutions in 2021, but Samsung led in establishing one defining trend: the growing popularity of flexible phones. The new models of the Flip and Fold, two devices that unfold to give you twice the screen real estate, knocked the rough edges off their predecessors. The clamshell
Flip3 in particular emerged as a phone that succeeds in throwing out the boring rectangular design most smartphones conform to.
The Flip3's compact design is its selling point. It fits easily into a pocket, then unfolds to give you full-screen functionality. The small external touchscreen lets you access phone functions while the Flip is closed. It is slimmer and now has water and dust protection, and with Samsung knocking $700 off the price this year, it's a realistic option in the premium phone category. Battery life is middling, something Samsung will want to work on for the next Flip. It's not a Windows-based laptop, which will be a deal-breaker for many. But trust me, the sacrifices you make in moving to the MacOS are countered by the joy of using such a great piece of hardware.

The MacBook Air is almost the perfect "ultrabook" computer, especially since Apple introduced the custom-designed M1 processor that runs it. This laptop runs fast and silently, taking care of all your regular computing tasks.

The build quality is exceptional, from the stylish metal case to the comfortable keyboard. It's thin and lightweight and has generous battery life.

Check out the MacBook Pro for a larger screen and better support of uses such as video editing. But as a styling and high-performing all-rounder,
the MacBook Air is where it's at. 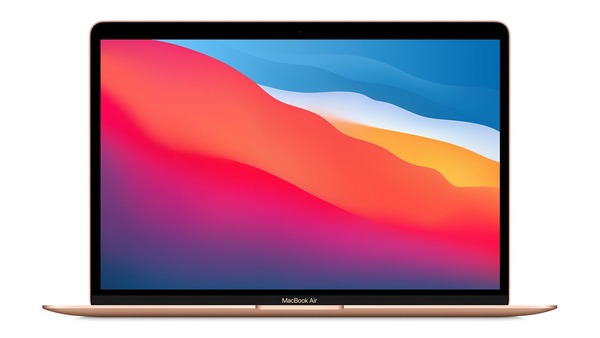 If you are buying a TV this Christmas, opting for a decent OLED (organic light-emitting diode) model is a great way to future-proof your viewing enjoyment. Panasonic's reputation for getting the most out of an OLED screen remains undimmed. The colour accuracy and screen contrast of the JZ1000 is impressive.

Couple that with high dynamic range and support for Dolby Vision and Dolby Atmos and you have a TV capable of delivering high fidelity. All of your go-to
apps are available on this smart TV, including Freeview OnDemand. The multiple picture settings available actually make a big difference, depending on whether you are watching a movie, sports or plain old TV.

The tiny bezel gives the JZ1000 a clean, minimalist look and the setup is a breeze with just four screws needed to mount it to the stand. You can pay a lot
more for a TV, but the JZ1000 has virtually everything you need. A deluge of new wireless earbuds hit the market this year from the likes of Technics, Samsung, JBL and even Amazon. But Sony prevailed once again, with its awkwardly named WF-1000XM4 earbuds, which delivered the best overall mix of sound quality, battery life and functionality. They aren't the prettiest around and there are more streamlined options available, such as Samsung's Galaxy Buds, if you like to listen to music or podcasts while you're exercising. The noise-cancelling in the Sony earbuds is fantastic and both call quality and music playback are punchy and distortion-free. The previous model had a bulky case that has been slimmed down by 40%.

But you still get great battery life - eight hours of continuous use and 16 hours in the case that holds the battery. Sony is known for its mark of quality. It shines through in the design and reliability of these wireless earbuds, which come at a premium but continue to lead a crowded field. We'll be at the mercy of the Covid traffic-light system this summer, but enjoying our beautiful natural environment is definitely on the cards. Whether you are mountain biking, water skiing or hitting the trail on one of our great walks, the GoPro Hero 9 Black is a great option for capturing your outdoor exploits in high-definition video and photos. Fully waterproof and ruggedised for adventure sports, the Hero records professional-looking videos with its wide-angle lens.

You'll need to invest in one of the many available mounts and attachments to fix the GoPro to your bike, body or tripod, but the results will be impressive. Battery life is reasonable and the new GoPro app cuts down the tedium of editing your video footage into watchable clips for uploading
to your social-media feeds. Still the best action camera around. Apple takes a lot of pride in the mini keyboard it sells with its iMac computers, but the lack of bounce in the keys and its flat design isn't the best for heavy keyboard work. This year, I switched to the MX Keys for Mac, an alternative from Logitech that mirrors the Mac keyboard's layout and function, but offers a nicer typing experience. With this Bluetooth keyboard, you'll get 10 days of use between battery charges, and up to five months if you turn off the key backlighting.

It's expensive for a keyboard, but if you spend a lot of time tapping away and love the simplicity of a cut-down keyboard, the MX Keys Mini for Mac is a good investment. You really don't need to spend more than $1000 to get a high-performance smartphone. The Oppo Find X3 Lite doesn't have the sophisticated cameras of its "Pro" sibling. But in most other respects, the Lite version will suffice. It has a tidy design and build quality, complete with a textured plastic back that comes in a fetching "astral blue".

The 6.4in OLED screen lights up with satisfying brightness and vibrant colours. That will appeal if you are expecting to get in a lot of screen time. There's enough power and storage here to meet the average user's needs, and fast-charging tops up the flat battery in less than 40 minutes. Oppo really signalled
this year that it's a serious player in Android phones.