Griffin on Tech: A key win in the war on disinformation

Alex Jones, one of the world’s most odious and successful purveyors of disinformation, will be spending this weekend pondering what a US$1 billion defamation judgement against him means.

The creator of the once hugely popular internet-streamed InfoWars show has learnt the hard way that, even in America, the bastion of free speech, there are limits to what you can get away with saying.

A jury in a Connecticut court this week awarded US$965 million in damages to the parents of eight victims of the 2012 Sandy Hook mass shooting that saw a gunman kill 20 school children and six teachers.

Bizarrely, Jones claimed the massacre was a government hoax and that the murder victims were actors, a twisted and cruel conspiracy theory he adhered to for years, only apologising when he realised he was set to lose a slew of civil cases brought against him. He then went after the families of the victims, accusing them of being in on the alleged cover-up. In doing so, he set himself up for a legal world of pain. 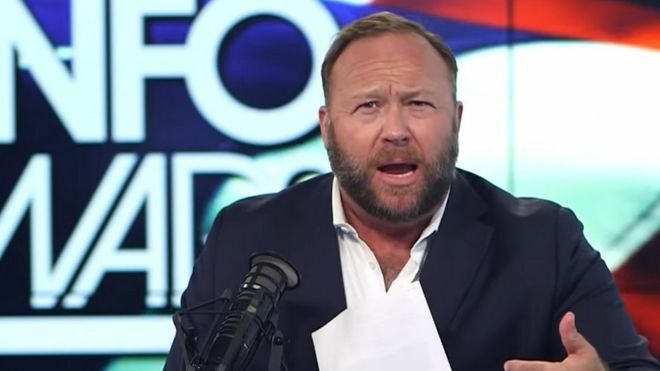 Alex Jones faces financial ruin after this week's defamation judgement against him.

But even as the judgement was read out, Jones was broadcasting live over the internet, mocking the families.

"Do these people actually think they're getting any of this money?" He said?

Maybe they won’t. The judgements, and there are likely more hefty damages still to be awarded in three other outstanding cases, will financially ruin Jones who through endorsing products on his show was at one point making US$800,000 a day from Infowars.

There’s good money in peddling disinformation. But even his appeals to supporters to send in donations to keep Infowars going won’t allow him to claw his way out of a financial hole this deep.

The judgement is incredibly significant. It sends a message to everyone in the US that leveraging social media to spread disinformation has serious consequences - if the disinformation includes defamatory comments. The extensive reach of Infowars amplified the extent of the harm to those who were defamed and explains the hefty damages.

A study by the Center for Countering Digital Hate (CCDH) looking at disinformation spread about Covid-19 showed that 12 individuals were responsible for disseminating the vast majority of it on social media platforms. It shows that by identifying and targeting the major purveyors of disinformation in a timely fashion, a lot of harm can be avoided.

The limits of the law

But there is no law specifically against spreading disinformation or misinformation in most countries. Defamation law was useful against Jones, but it doesn’t work when it comes to celebrities and wellness bloggers claiming there are microchips in Covid-19 vaccines. They aren’t necessarily defaming anyone by spreading fear, uncertainty and doubt about vaccination. That limitation needs to be addressed to better address the harm of disinformation by legal means.

The Department of Internal Affairs is in the midst of a Content Regulatory Review “to design and implement a new approach to content regulation that minimises the risk of harms caused by content to New Zealanders”.

This work, which the government aims to consider from a legislative point of view next year after public consultation and creating a draft framework, is very important. But it is also fraught with the potential for overreach.

“How does it draw lines between content that is offensive and legal, as compared to content that is objectionable and forbidden?” asks the New Zealand Initiative’s chief economist Eric Crampton.

“Does it require proactive identification and removal of content that could be illegal, or measures for responding to complaints about content, or both? In either case, would the cost of those measures lock in an advantage for larger platforms better able to comply with requirements?”

Those are all valid questions that any rules above and beyond what currently exists will need to allow us to navigate. The big social media platforms like Youtube and Facebook let Alex Jones spread his disinformation for far too long, allowing him to build a massive following and also monetize it.

Those platforms need clearer legal guidance and a well-understood process to address disinformation on their platforms before it starts to go viral. Every country is grappling with this issue. The more they take a common approach, the better the prospects of making progress on the issue.

In the meantime, the Alex Jones defamation judgement should give those with a large online following pause for thought the next time they consider stoking conspiracy theories. They could end up paying dearly for it.

Great article Peter, but that link to the NZ Initiative is kind of weird.

thanks Dave, that link was in the wrong place - sound have been to Eric's comment - have fixed and added DIA source. Cheers.