The ramifications of Twitter’s Trump ban

Millions of social media users may have rejoiced last week at Twitter's decision to deplatform US President Donald Trump once and for all.

But as many have pointed out, our own Privacy Commissioner and Germany's Chancellor Angela Merkel among them, blocking Trump from tweeting to his 88 million followers and millions more on Facebook, which also disabled his account, may be populist, but is also deeply problematic.

The move is only likely to accelerate efforts to regulate social media platforms, taking control over sensitive editorial decisions out of the hands of the corporations and into some sort of regulatory agency or at least an independently appointed arbitrator - the equivalent of our Broadcasting Standards Authority.

A year ago, Facebook founder Mark Zuckerberg and Twitter's Jack Dorsey would have bristled at the prospect of losing some control of the content that features on their platforms. But faced with increasingly vexing editorial calls, Zuckerberg, in particular, told Congressional hearings last year that he welcomed stricter regulation, to combat the perception that the platform is inherently biased in its editorial decision making. 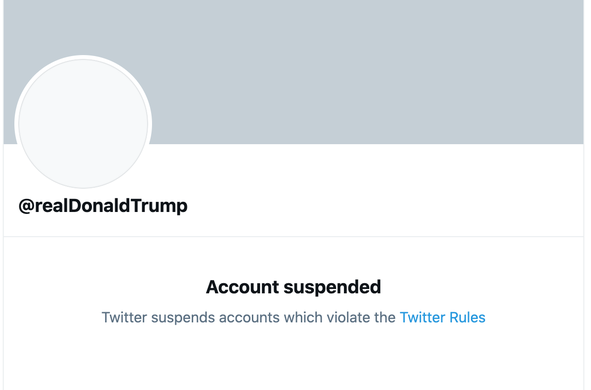 The infiltration of the Capitol building in Washington D.C. by Trump-supporting activists last week, preceded by Trump's inflammatory speech, which was carried on social media channels, put the Big Tech platforms in unchartered territory.

While Google, Facebook and Twitter had all previously flagged or blocked his tweets for containing disinformation, this was deemed a much more serious incident - allegedly glorifying violence and potentially inciting the Capitol riots that resulted in the deaths of five people.

Twitter and Facebook shares have both dipped significantly this week as the market anticipates swift regulatory action to bring social media platforms into line. Reducing those platforms autonomy to make editorial decision making could impact on the popularity of them and increase the compliance costs of policing new rules that may be imposed by the Biden administration and Democrat-controlled Congress.

Everyone acknowledges we need a new playbook of rules to deal with the increasingly polarised world of social media. The debate now begins in earnest over what regulatory structure will preserve the best of social media platforms while more effectively curtailing the dark elements.

Who gets to decide?

As New York Times writer Shira Ovide puts it, "there has been lots of screaming about what these companies did, but I want us all to recognize that there are few easy choices here," she wrote.

"Because at the root of these disputes are big and thorny questions: Is more speech better? And who gets to decide?"

Freedom of speech-loving Americans and their elected representatives will need to consider those questions carefully. The rest of the world will look in in fascination because the decisions that are made to regulate a tiny handful of powerful Big Tech platforms will have implications for all of us.