Does Apple treat every developer the same?

The leaders of Apple, Amazon, Alphabet/Google and Facebook made it through last week's historic antitrust hearing in the US largely intact, by sticking to their scripts and failing to take the bait from hostile politicians.

But one company and one executive, Apple and Tim Cook, appear to have fared worse than the others as rivals and customers pore over the testimony.

Apple's App Store, the gateway to iOS devices for around 1.7 million apps, has been a huge success for Apple, increasingly delivering revenue in the form of 'services' as sales of its iconic iPhone range slow.

Apple is estimated to have generated gross sales of US$50 billion from the App Store last year. If the App Store itself was a company, it would rank 64th in the Fortune 500. Apple argues that with app developers claiming 70 per cent of revenue from sales through the App Store and Apple claiming 30 per cent, it has enabled a thriving ecosystem of app development - everything from games to productivity tools. 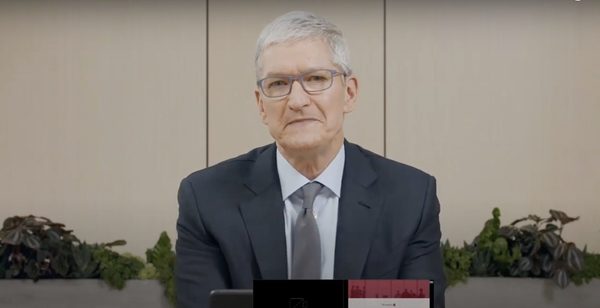 But developers are increasingly frustrated with Apple. Among their complaints is that the company's policy of taking a cut of subscription revenue through iOS apps (30 per cent in the first year, then 15 per cent each year thereafter), is an unreasonable clipping of the ticket.

In June, European Union officials opened a formal antitrust investigation of Apple, over complaints about Apple's commission structure and the company's ability to gather data on each app used on its devices giving it a competitive advantage when it comes to touting its own apps.

That followed complaints from the likes of streaming music provider Spotify, which has year urged an EU investigation as it faced growing competition from Apple's own streaming music service, Apple Music.

Another frustration is that App Store users have to use Apple's own Apple Pay system for in-app purchases which attracts a commission. That requirement drove Spotify to instead push customers to its own website to pay their subscription, avoiding what it calls the 'Apple tax' but making the process more awkward for new subscribers.

While Apple claims its commission is necessary to support the operation of the App Store, it is also open to criticism that it doesn't treat all app developers fairly.

The US antitrust subcommittee last week revealed correspondence between Cook and Amazon's Jeff Bezos that showed Cook offering more favourable terms than usual to get Amazon's Prime TV streaming app into the App Store and onto Apple devices.

It showed that Apple would waive the 30 per cent commission on in-app revenue for the first year, charging 15 per cent, and would share with Amazon meta-data from Apple's Siri and Spotlight search tools.

Other developers have railed against Apple for blocking their apps. The tensions typically relate to how data is gathered and used by third-party iOS apps and attempts to bypass Apple's in-app purchase system.

Following the hearing, David Heinemeier Hansson, the co-founder and CEO of Basecamp, which makes business productivity software, tweeted that Cook's testimony "on the hook for perjury". That followed a fight with Apple, which initially blocked an update to its paid email app Hey, because it didn't use Apple's payment system. A handful of app developers who make apps designed to let parents monitor and control their children's smartphone usage have also complained about having their apps blocked.

Apple claims security and privacy, an issue that is likely to flare up again as the core iOS system driving Apple devices introduces tighter security features, particularly for third-party apps.

With so much money at stake, not only for Apple, but thousands of app developers, even the pro-Apple camp is calling for reform of the App Store model.

"Years ago, Steve Jobs made the point that the goal of selling digital music wasn't to eradicate piracy, but to compete with it. To make it easy for people to do the right thing and pay for their media instead of stealing it," wrote MacWorld's Dan Moren following the hearing.

"That served Apple well at the time, but having attained a lofty position in the market, the company seems to have forgotten that precept."

He suggested that what Apple "desperately needs" is an ombudsman to advocate for developers and more transparency around decision making related to apps.

US lawmakers will no doubt be watching progress on the EU antitrust investigation of Apple closely as they decide if and when to launch their own investigations of Big Tech companies. One thing is for sure - the treatment of developers in the App Store looks to be a continuing bone of contention and focus of regulatory attention.