How fast can fast-charging get?

Smartphone maker Oppo is to introduce fast-charging capability to its next generation of phones that can charge a relatively large battery from zero to 41 per cent charge in five minutes or a full charge in just 20 minutes.

That's about a ten-minute improvement on Oppo's previous record, which doesn't sound like much. But when you are trying to juice up your hone before getting on a plane or going into a meeting, it could be the difference between staying productive and looking at a black screen.

The Chinese electronics company has developed a 125W (watt) "flash charge" module for phones equipped with a 4,000mAh (milliamp hour) battery and claims the increasing demands on phone performance that comes with the addition of 5G capability will make fast-charging a crucial feature of new handsets.

"The accelerated rollout of 5G in New Zealand, as well as the increasing diversification of high-power-consumption applications such as in gaming and video, represent new challenges for the battery life of mobile phones and the user charging experience," says Oppo New Zealand Managing Director, Morgan Halim.

Oppo, which sells phones such as the Find X 2 Pro and A9 in New Zealand chose fast-charging as a way to differentiate itself from the likes of Android phone makers Samsung and Huawei when it released its VOOC and SuperVOOC flash charging technologies in 2014. Since then, battery sizes have increased as fast-charging times have reduced. 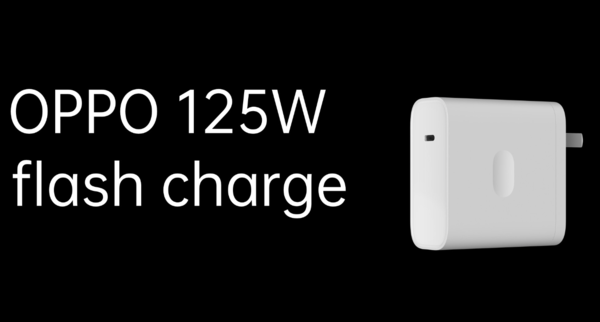 Oppo says it had to "significantly improved power density properties" to reduce charging time while not increasing the size of the charger, which is based on USB-C connections.

It has increased safety protection by adding 10 more temperature sensors that will monitor a phone''s charging status to make sure it isn't overheating. The charging connection is also protected with 128-bit encryption to avoid it being used to access data on the phone.

What about wireless charging?

Oppo has traditionally stayed away from wireless charging, which rival Samsung, in particular, has embraced. This allows you to place your phone on a wireless charging pad for easier charging and some restaurants and airport lounges have introduced the technology for guests. But wireless charging can't manage the same fast-charging performance.

Oppo launched its first phone with wireless charging capability earlier this year and this week announced a 65W AirVOOC system that it claims will be able to charge a 4,000mAh battery wirelessly in 30 minutes. It hasn't revealed what phone the technology will appear in, but that charging speed would see it rival some of the wired fast charging technologies on the market.

Other Chinese phone makers Xiaomi and Realme are already touting even faster speeds with their own technology in development, including in the case IQOO, a sister brand of Oppo in the BBK Electronics family, a fully-charged phone in just 15 minutes - or so it claims.

The key to increasing battery charging speeds even further largely comes down to battery cell design and regulating temperature. With limited room to work within the confines of a smartphone and a desire to keep battery chargers small and portable, we may soon reach the limits of what's possible when it comes to fast-charging, which is available for laptops and electric vehicles too, but which has seen its most impressive advances in the realm of the smartphone.