End of an era for Telecom

Simon Moutter will leave the CEO role at Spark by the end of June and can do so relatively content with his lot.

It's never a good time to say "enough". There's always more to do and at a company like Spark that's never going to change.

Spark needs to sort out how it will build its 5G network given the GCSB says "thou shalt not use Huawei". They need to make sure the Rugby World Cup is beamed into all the rural and remote homes in New Zealand who are only now waking up to the need for faster broadband services. The company will need to figure out a way to expand its relationships with high-value customers and squeeze them for a bit more each month. It'll have to figure out when to cut off those legacy assets that still hang around, what to do about unbundling of fibre and whether to even bother and reform its relationship with Chorus which has taken something of a battering of late.

But look at how far Spark has come since Simon came back seven years ago. Back then it was still Telecom, a former government-owned monopoly that was widely disliked by the bulk of its own customer base. It was still figuring out how to respond to the separation from Chorus and the new operating environment it found itself in.

Back then, fibre was barely getting started and the company hadn't quite worked out how to drive forward. Vodafone still overshadowed the company in terms of the mobile market and the company couldn't even define what it was all about.

He arrived with a vision and a plan and began immediately to undo the old world order. He started with roaming rates for mobile travellers. Bill shock for mobile roamers was a huge problem with customers coming home (in this user's own experience) with bills of $1800 or more. It was a problem that many high-end Telecom customers had run into and it left a sour taste in everyone's mouth. Simon introduced a flat rate fee and bam, the problem  fell away.

I spoke to Simon at the time and to paraphrase him, he said the company had been "walking backwards fending off regulation" for far too long and he would turn around and embrace the customer instead. From there, Telecom renamed itself, refocused on customer service, started arguing with Chorus about costs, introduced its own fixed wireless service as an alternative for low-spend landline customers, and then started in on the other side of the coin - content itself.

Between the rugby, Lightbox and Spark's willingness to try new things, the pay TV market in New Zealand was grabbed by the scruff of the neck and given a good shaking till it dropped the stick.

It's not all been plain sailing of course, and the future of the telco space is anything but assured. The dumb pipe model beckons and Spark will have to figure out whether it continues to spend money on content in the hopes that it keeps customers happy when Disney launches its own content channels and the sports industry finally works out that hey, maybe it can make a go of this broadcasting thing itself.

And finally a word for the Telecom exec team of old. Theresa Gattung put together a senior management team that stayed largely together for the duration of her time in charge. Over the years they have all moved on to major positions within New Zealand business.

For example, along with Moutter and Mark Ratcliffe, who ran Chorus for many years and is now acting CEO at NZTA we've got; Marko Bogoievski (now CEO at Infratil), Chris Quin (CEO at Foodstuffs North Island), Kevin Kenrick (CEO at TVNZ), Miki Szikszai (CEO at Snapper), Vic Crone (CEO at Callaghan Innovations), Glen Sowry (now CEO at Metlifecare and previously Housing NZ), Jason Paris (CEO at Vodafone New Zealand) and Adrian Littlewood (CEO at Auckland Airport). No doubt there are many others who will let me know I've left them off the list.

It's quite a remarkable alumni really.

Newsroom - Unequivocal ambition: the right woman for the job

Stuff - Simon Moutter cashes out from Spark on a high

Taking a page out of the tobacco industry's playbook, Mark Zuckerberg has called for Facebook to be regulated.

Why would he do that? After all, he's making lots of money and doesn't need the hassle, right?

Much like the tobacco industry, Zuckerberg knows full well that the US governmental machine doesn't move swiftly at the best of times and in its current state is unlikely to do anything meaningful for some time to come.

Also, if he's going to have to regulate the way Facebook behaves, surely it's better for him as CEO if all social media platforms are regulated together? That way he doesn't have to explain to his board why his market share and share price have fallen while Google/YouTube and the others have all gone the other way.

So it's a bold call and, just like when the tobacco industry did it, it's a short term move.

Ultimately, however, we will need to regulate the social media world on many fronts and the time to start thinking about how is now.

And this is the way Facebook operates. It hopes that by saying one thing and not acting it will simply be able to carry on not quite doing anything that impacts on its one true goal - to sell all the data we can give it.

The algorithm is everything for Facebook. That ability to decode your actions and decide what you need in terms of advertising and content based on your browser history is everything. It can sell your data, and the data of its other 1.5 billion users, and the data of those who don't use Facebook but who visit sites that do use Facebook (that is, all of them) is what makes the company so successful.

Anything that impacts on the algorithm is avoided at all costs. Forget about social justice, free speech, fair play, forget about community standards. The algorithm can only ever be adjusted to better serve advertising content and that's that. Facebook hates that it has to stop people seeing copyright material - it would love to let users access that. Cheaper for the company and easier to implement. But sadly the legal structures of Hollywood have meant social media giants have to filter and block and remove copyright material. Grr.

So it will take regulation and it will take global efforts to introduce regulation and minimum standards across the platforms and so while Zuckerberg hopes his calls will result in a regulatory process that bogs down for a decade or more, I believe we have a window of opportunity here in New Zealand to move with alacrity and speed and deliver an environment that works for us.

The Guardian - Mark Zuckerberg says he wants to fix the internet. Don't take him seriously

RNZ - Don't be fooled, far right groups have not been silenced 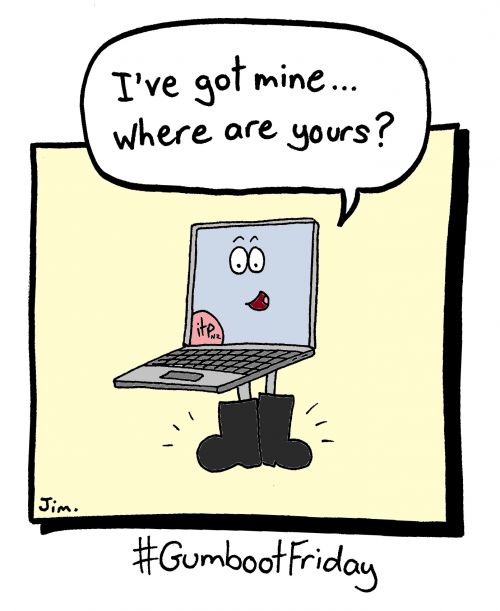