Griffin on Tech: Where’s our share of the Big Tech fines?

Don’t you love Google Maps? The free application is the go-to choice for hundreds of millions of people looking up addresses and seeking directions each day.

But there’s a reason Google loves its Maps application even more than you - it allows the search giant to collect troves of data about where its users are located at any given time. That lets it deliver personalised and location-relevant advertising to those same users.

It isn’t just Google Maps data that’s useful for this purpose. Other Google apps track your location via your computer’s IP address when you use Google in a web browser. The GPS chip in your phone can also divulge location data to Google even if you aren’t using its maps. Wi-fi networks can broadcast your location to Google and by running your past locations through an algorithm, Google can build a fairly accurate snapshot of where you are likely to be at any given time. 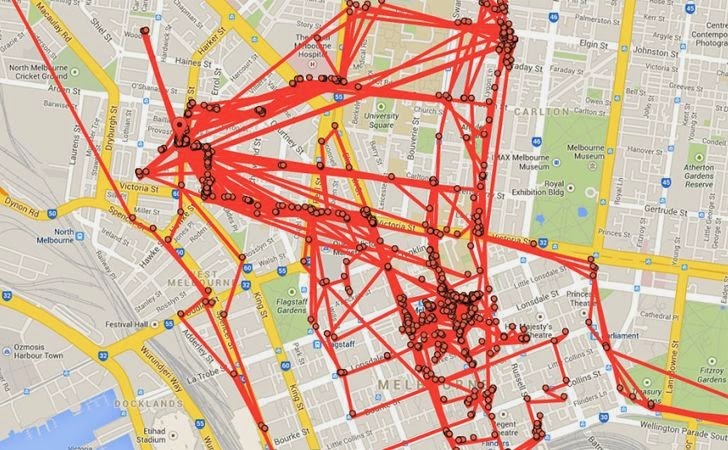 Google will track your every move - if you let it.

Opt-out was anything but

Naturally, you should have the ability to opt-out of all of that tracking. Google obliged with its Location History feature offering the option to switch it off. Its help page used to advise that “with Location History off, the places you go are no longer stored.”

Easy, job done. Only it wasn’t that simple. As Gizmodo points out, “if you wanted to stop location data collection altogether, though, you had to adjust a second setting, called Web & App Activity”.

That wasn’t made clear to Android smartphone users who thought they’d gone dark when Google still knew exactly where they were. As a result, the Arizona Attorney General sued Google in 2020 and this week Google settled the case for US$85 million. There will likely be more settlements with similar cases lodged in Texas, Washington, D.C., and Indiana.

In August, the Australian Federal Court ordered Google to pay a A$60 million fine for the very same inappropriate gathering of location data of Australian Android users, following an investigation by the Australian Competition and Consumer Commission (ACCC). Google has agreed to pay the fine. The company was doing exactly the same thing in New Zealand before it updated its policies and usage guidelines to be more explicit about location tracking. So is Google joining to be writing a cheque to our own Government as a penalty for its past transgressions? Nope.

The Commerce Commission told the Herald back in August that it was “not currently investigating Google in New Zealand under the Fair Trading Act. However, the ACCC's case is one.  that we have followed with interest along with others that  came out of its large Inquiry into Digital Platforms."

The Commission’s staff does a lot of following with interest, but very little activity regarding holding big technology companies to account. The only significant item of note the Commission has done in relation to Big Tech has been to give news publishers permission to negotiate deals with Google and Meta to get compensation for having their content run on the big digital platforms. But that was really a no-brainer and followed ACCC activity in the same area.

The Commission has argued before that it doesn’t have the resources to mount complicated lawsuits against well-resourced tech companies that are in the sights of regulators overseas. While overseas judgements often result in changes being applied here as well, benefitting New Zealand consumers by default, Kiwis really deserve better. Telecommunications, airports, fuel and groceries are important enough to warrant dedicated ComCom resources. How we are treated by companies in the digital world should too.

Given the size of the fine in Australia, an equivalent settlement valued at around $15 - $20 million could have been expected here - and likely been easily achieved if the ComCom had partnered with the ACCC to pursue legal action or at least piggybacked on their legal advice.

The proceeds from the fine could have been used to establish a division at the ComCom dedicated to the digital economy. In the US, Europe and across the Tasman, regulators are increasingly proving their ability to hold Big Tech companies to account. When will our government grow a spine and do likewise?