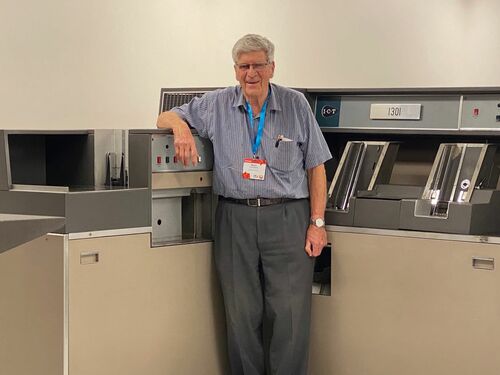 Bruce McMillan, earlier this week with one of his babies - an ICT 1301 computer originally installed in Cadbury's factory in Dunedin

Bruce McMillan FIITP was conferred an Honorary Fellowship in Dunedin on Tuesday during the Dunedin ITx Innovation Day.

Bruce is one of Dunedin (and New Zealand)'s computing pioneers - installing and servicing many of the city's first computers.

More than that though, in latter years he's meticulously restored them, with many now operating in the early computing displays at Toitū Settlers Museum in Dunedin - pictured this week with the 1301 computer originally from Cadbury's factory that he helped restore. 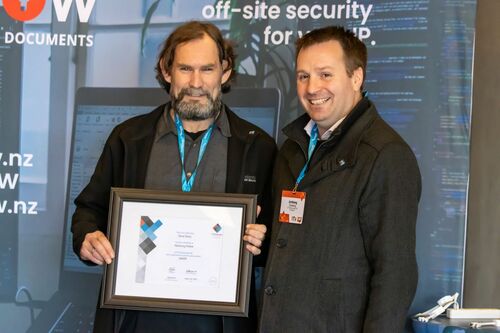 Steve has given more than 16 years' service to the profession on the ITP Christchurch Branch Committee, National Council and Board and as Deputy President. He's been a huge part of ITP for many years.

In addition, he's given many years' service as a volunteer to the Red Cross and others, helping with tech infrastructure in disaster zones around the world.

A massive congratulations to Bruce and Steve! They join a very distinguished list of ITP Honorary Fellows.