The US government is very displeased with the UK government for allowing Huawei to be involved in Britain's 5G rollouts. I suspect that was the intention all along.

Huawei, much abused Chinese telco equipment maker, has been singled out by the US as a clear and present danger to US interests, both political and commercial. If Chinese equipment is used in your 5G networks, so they say, the Chinese military and government will have access to all your communications and then where will you be?

Huawei is the most visible of the Chinese equipment makers and has played a pivotal role in deploying 4G and fibre networks around the world. Here in New Zealand 2Degrees chose Huawei for its initial network build and the Chinese made much of the decision, using it as a selling point in other network bids. Huawei became the number one 4G network provider globally by pricing aggressively and by pouring resources into R&D over and above its competitors.

Whatever drives the US behaviour, it has been adamant. Countries that use Huawei to deploy 5G networks won't be allowed to play with US intelligence toys and will be asked to leave the clubhouse.

So the UK decision is rather an odd one, doubly so if you consider how 5G networks are built. Much of the smarts of the network are at the edges rather than in the core, so excluding Huawei from building in the sensitive parts is a bit of an odd claim because it's all sensitive.

By the time you read this the final countdown to Brexit will be well and truly underway and the UK will cut its ties with mainland Europe once and for all (or until the current crop of politicians retire) meaning the UK's trade relationships take a sharp turn for the worse. The government there is holding out hopes that the US will give it a fast free trade agreement in part to replace the EU relationship.

Perhaps that's the key to this decision - give the Brits a bargaining chip they can offer up to appease American negotiators when the time is right.

Of course, the UK could go the other way and aim for a free trade agreement with China instead, but given the way the political wind blows in Whitehall at the moment I'd say the odds are not in China's favour.

So we're left with an angry US and a Chinese equipment maker hoping this will make a difference in New Zealand where both Spark and 2Degrees are waiting to build a 5G network each, keen to do so in a cost-effective manner. Whether the UK decision sways the New Zealand government is pretty much a moot point because the Telecommunications (Interception Capability and Security) Act 2013 (TICSA) puts the onus squarely on the GCSB to make the call, free and unhindered by political considerations.

This crazy geopolitical chess game has a few moves left in it I am sure.

BBC - Huawei: Pompeo urges UK to 'relook' at decision ahead of UK visit 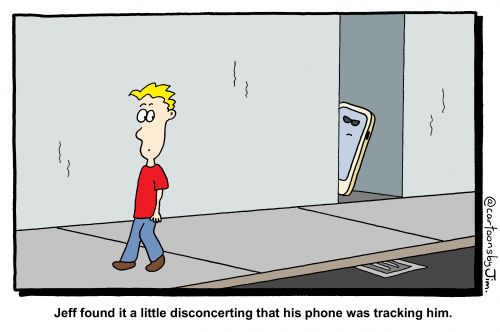 I know parking in Auckland is ridiculous but would you allow a company to track your movements around the shopping mall and around the city just so you could park for free when you went to the movies?

It would seem quite a lot of people have, including this reporter.

The shiny new Newmarket shopping mall (our motto: you can check out any time you like but…) comes equipped with hundreds of car parks and given that along with all the shops (and there are many) there's also a rooftop restaurant area and a movie complex, the chances are people will stay in the carparks for hours at a time.

To avoid the traditional take a ticket/put it in a machine/give the machine money/take ticket/put it in another machine/open the barrier model, which is slow and clumsy and really tedious, the mall has gone for the number plate recognition/app model which speeds things up enormously. Drive in, shop, drive out and when you get home find the app has taken care of all your parking/billing needs.

Except for one small snag. As Herald digital journalist Chris Keall found out, the app is quite a bit more invasive than that.

First off, if you're using the free wifi mall management is allowed to see all your web surfing. That's not uncommon but that's only the beginning. You have to allow the app access to your location all the time, so the mall can track which shops you go into and which you walk past. They say they won't do it, but that's what you've signed up to. And of course the tracking works when you leave the mall as well unless you change the settings.

For the Privacy Commissioner, John Edwards, the app is one example of the need for a public trained in the art of "informed consent" and given how easy it is to get people to sign up to such a service (I signed up and even after reading the Herald piece I haven't deleted the app because it's too useful) it makes you wonder about all the other apps and sites and services that make much more use of our data.

Facebook is a prime example and this week has agreed to pay a cash settlement of US$550 million (that's about NZ$844 million) because of the way the social media giant collected data for its facial-recognition tools.

That's all cash, paid straight out of the bank account to avoid a court case.

Clearly Facebook can afford that and has decided it is cheaper (sorry, more "cost effective") to pay this than it is to fight the case. Facebook's revenue for the fourth quarter of the year was US$21 billion.

It's really important we get privacy issues right and do it now because our services are capable of so much more than we ever thought possible and they're being deployed in the real world even as we speak. We can't go back in time to put privacy laws in place before we started giving it all away for free, but we can make sure that future actions don't cause harm.

It's also important we don't stifle sharing of data for common benefit. I worry that in the backlash to all of this covert monitoring we decide to throw out the useful stuff too. The new Emergency Caller Location service will allow what are now called "first responders" to access the smartphone location of people at risk, even if a 111 call hasn't been made.

This is an equal measure of great if you're lost in the bush or have had a medical event and can't call for help and ghastly if you think about personal privacy and the right to move about without being monitored by The Man.

Privacy Commissioner John Edwards is seeking feedback on the service and it's very important we have a robust discussion about what is acceptable and what is not. For this service I'd like to see any monitoring of devices begin only after the user has been alerted to the fact rather than quietly in the background. No doubt you have some ideas as well - the link to the Commissioner's page is below.

NZ Herald - Westfield's Newmarket mall has a new carparking app: How closely does it track you? (PAID)

Diginomica - I agree with Nick: the cynical reading of Facebook's new 'Supreme Court' throws up a lot of important small print

The Atlantic - Facebook's New Privacy Tool Is a Data Landfill