Changing of the guard

By the time you read this, everything will have changed.

Everything telco, that is.

For the best part of the last decade we've had Spark, Vodafone, 2Degrees, Chorus and Vocus all locked in mortal combat.

Sure, there are other players in the industry but those are the primary contenders and account for the vast bulk of customers and traffic.

But this year we've seen Vodafone CEO Russell Stanners move on, to be replaced by Spark alumni Jason Paris. We've seen Stuart Sheriff, the accidental CEO who was thrust into the limelight after the unfortunate demise of Eric Hertz hand over the reins at 2Degrees to former Vodafone finance guy Mark Aue. We've got a new CEO at Chorus, fresh off the boat from Telstraland in the form of Kate McKenzie and former Chorus CEO Mark Ratcliffe has joined the board at 2Degrees.

And now Simon Moutter has handed in his lanyard and door pass at Spark, with former CFO Jolie Hodson taking over as CEO.

Add in John Hanna from Network 4 Learning moving to Ultra Fast Fibre and we've got the reshuffle to end all reshuffles. It truly is the end of an era.

They leave telecommunications in a much better place than they found it, either through design or regulation. We have a regulatory body that has seen rules applied fairly and squarely across the board. We have competition in mobile thanks in no small part to 2Degrees' entry into the market and thanks to government investment we have a world-class fibre to the home programme that the Australians can only look at in wonder.

It has been a fascinating decade and the set-up phase is all but complete, meaning we can now look to consolidation, to development and to finally answering that question: what do we do with all this bandwidth?

The next phase of the programme will be to forget all about interconnection, all about wholesale versus retail, about cost plus models, and about restrictive and restricted access to something that should be ubiquitous. Connectivity really is the new human right and our children are growing up in an always-on, always connected, super fast economy and society.

What they do with it will be tremendous to see, I am sure.

For the new crop of CEOs they have to weather an interesting storm: insatiable customer demand for connectivity and content coupled with razor thin margins and a drift towards the dumb pipe model.

But for users we are about to enter the golden age of telecommunications. All our dreams are coming true and the potential is at its peak.

Years ago I took part in a thought experiment with TUANZ and with a number of writers where we sat down to discuss what cheap, ubiquitous broadband could deliver in terms of economic and social behaviours. We came up with AR/VR reality, with Facebook, with Netflix and with Spotify as ideas that could be developed. That we didn't make a fortune is down to our lack of vision. What happens next will largely be dependent on the capacity we only dreamed about, but which has now come to fruition.

The future is certainly very bright in this regard.

Shop till you drop

People like to go shopping. It's a fact that my daughters and wife can attest to.

There's something about the hunt, about the capture, about the bargains, about the whole experience which satisfies a large part of the lives of a large number of people.

Today, with the internet, people like to go shopping online and for the second year in a row, NZ Post has put together a survey that looks into the inner habits of The Online Shopper.

In an earlier age we called this "e-commerce" and I remember vaguely contributing to an amusing photo spread about the colour most companies used to represent this new trend. It was a lime green colour and every "e-commerce" company used it in their marketing.

We're much more sophisticated these days.

Before we get to the report, let's take a moment to think about NZ Post. Here we have the perfect example of a 19th Century business model that was built in a bygone era, for a bygone society. People could buy "stamps" which were a form of currency accepted for a specific use-case that involved putting them on the top right corner of an envelope and which enabled people to send "letters" to other people.

Think of it as an analogue form of email.

It was very popular but fell into decline with the advent of the telephone and then the digital medium of email and then messaging, but the facility which enabled the business model remained afloat for as long as possible.

Today it's a courier business, delivering parcels that we order online through the real world into our grasping hands.

And of course, it provides a demographic breakdown of what people do when they shop.

First, the good news. Online shopping is growing rapidly, but in terms of number of shoppers, frequency with which they shop and the value of the items they purchase.

We shop more, we shop for bigger items and there are more of us shopping than ever before.

When e-commerce began it was about buying books online. Today it's more about fashion (I suspect there are a lot of men buying clothes they can't or won't go into a store to try on) and while there's a constant tussle about local providers versus international, the one thing we don't care about is GST. Nobody buys online to avoid tax and the move to add tax to online purchases has had limited impacted on shopping trends.

What it does suggest is we shouldn't buy shares in shopping malls any time soon because while we like to try things on in person, we love to buy things online and the future of retail is largely a story of online and mobile shopping.

If nothing else, the internet might mean we never have to go to St Luke's during Christmas month ever again, and I for one welcome this with open arms. 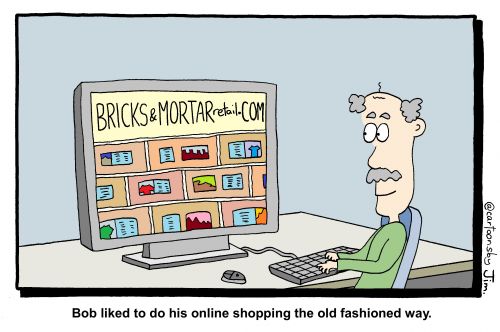 So the Budget hacking turned out to be a lot of noise and palaver and the report says outgoing Treasury Secretary Gabriel Makhlouf's decisions fell short of the bar expected by the State Services Commission, not to mention the public.

He's leaving today anyway, so any sanctions would probably fall under a "Yes, Minister" model of forcing him to retain the job so he could be chastised properly. Instead he'll head off to Ireland and a new role with the central bank there.

What have we learned from this pie in the face?

First of all, listen to your technical people when they tell you what's going on in these situations. If you don't understand, take the time to get a full explanation. Tech folk, if the higher ups aren't listening you need to make sure you have a channel to tell them what's actually going on before they open their mouths in public. It doesn't look good for anyone if the boss is out in front of the cameras talking smack about locked rooms and calling in the spooks to find the culprits.

It's never easy when you're in the moment and trying to understand why something's happening. I've experienced much less public moments like this with various roles and I've seen the story change from "hardly anyone will notice" to "yeah, it's much bigger than we thought" in the space of an hour - hopefully it's the hour before you've put out a statement, not the hour just after.

And as ever, the balancing act between security and usability remains a finely honed one.

Newsroom - Makhlouf falls short - so why the shortage of SSC action?